More than 140 U.S. writers, artists, scientists, and others appeal to a divided nation

America is at a crossroads. Conflicting political and social perspectives reflect a need to collectively define our moral imperatives, clarify cultural values, and inspire meaningful change. In that patriotic spirit, nearly two hundred writers, artists, scientists, and political and community leaders have come together since the 2016 presidential election to ...

Dear America reflects the evolution of a moral panic that has emerged in the nation. More importantly, it is a timely congress of the personal and the political, a clarion call to find common ground and conflict resolution, all with a particular focus on the environment, social justice, and climate change. The diverse collection features personal essays, narrative journalism, poetry, and visual art from nearly 130 contributors—many pieces never before published—all literary reactions to the times we live in, with a focus on civic action and social change as we approach future elections. As Scott Minar writes, we must remain steadfast and look to the future: “Despair can bring us very low, or it can make us smarter and stronger than we have ever been before.”

Simmons Buntin is the editor-in-chief of Terrain.org and a contributing editor of Shenandoah. He has a master’s degree in urban and regional planning from the University of Colorado Denver and an MFA in creative writing from the University of Arizona. He is the recipient of the Academy of American Poets Prize, the Colorado Artist’s Fellowship for Poetry, and grants from the U.S. Forest Service, the Arizona Commission on the Arts, and the Tucson-Pima Arts Council. He is the author of Unsprawl: Remixing Spaces as Places, with Ken Pirie, and the poetry collections Riverfall and Bloom. He lives in Tucson, Arizona.

Elizabeth Dodd is the nonfiction editor of Terrain.org and a distinguished professor of English at Kansas State University. She is the author of the nonfiction collections Horizon’s Lens: My Time on the Turning World, In the Mind’s Eye: Essays across the Animate World, and Prospect: Journeys and Landscapes and the poetry collections Archetypal Light and Like Memory, Caverns. She lives in the Flint Hills of east-central Kansas.

Derek Sheffield is the poetry editor of Terrain.org and a professor of English at Wenatchee Valley College. His poems have appeared in the Southern Review, Orion, Poetry, Georgia Review, and several anthologies, including The Ecopoetry Anthology and Environmental and Nature Writing. Winner of the James Hearst Poetry Prize, he has received fellowships from Artist Trust and the Sustainable Arts Foundation. He is the author of the poetry collections A Revised Account of the West, winner of Hazel Lipa Environmental Chapbook Award, and Through the Second Skin, a finalist for the Washington State Book Award. He lives in central Washington.>

"These letters come from a deep, real love of this place, and they imagine willing, receptive readers on the other end. We need a series of miracles looking forward, and this is one." — Bill McKibben

“You should carry Dear America onto the battlefield and into classrooms! It's a tool to sharpen the mind, see injustice, and raise as a weapon.” — Jimmy Santiago Baca 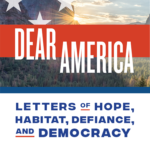 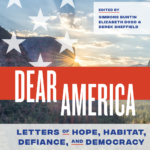 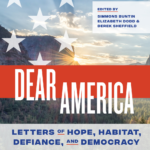 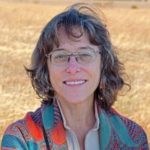